Yes, it's another meeting of the Insecure Writer's Support Group! 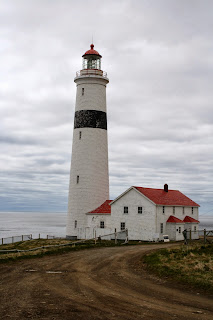 Purpose: To share and encourage. Writers can express doubts and concerns without fear of appearing foolish or weak. Those who have been through the fire can offer assistance and guidance. It’s a safe haven for insecure writers of all kinds!
The awesome co-hosts for the December 2 posting of the IWSG are Pat Garcia, Sylvia Ney, Liesbet @ Roaming About Cathrina Constantine, and Natalie Aguirre!

December 2 question - Are there months or times of the year that you are more productive with your writing than other months, and why?
Not as easy a question as one might suppose. I want to say "yeah...but" or "no...but".
Usually I can get fired up in November and I used to get fired up in June - why? Because I would join up a novel writing in a month group and fly atter. The June one was initiated by the Burrowers led by the imitable  Watery Tart. The November one was (is) NaNoWriMo.  Both of these have been hit and miss but more hit than miss by a long shot. My two novels that are absolutely finished began in one or the other of these challenges. I've got a few others that were generated by those challenges but aren't as finished as they need to be. I thought I'd try it this year again. Crooked Knife began in November, 2016 and is now looking for a home. But massive fail. The truth is that I don't feel like writing these days and nothing is inspiring me to do so - or even kicking my pants to do so. This time last year I was deep into revisions and then into 2020 with more revisions and edits and packaging and...  I guess all of that - which continues and will continue until CK finds a home - has just wore me out in the writing department. I know it will come back - I have another ms with the same protagonist on the go with about 12 thousand words done, and a YA with about the same. I like both of them but I simply find myself unable to apply the old bum glue. Is it just the normal response to an all out effort being met with radio silence? Is it covid, or the news, or shiny new projects? Not sure. I'm smart enough to leave it lie for now though. To be perfectly clear - I'm not annoyed with no response yet - I know the long game of querying a novel - but it does have an effect on one.
So am I a seasonal writer? I don't think so. I have written in all seasons. And I'm still making. I'm still a complete and utter creative nutbar. In fact I've got two projects I'm quite excited and consumed by - one is an art piece commissioned for an album a musician friend is producing. I did his last one too - so this feels good. The other is a story for a kid's book that is percolating. I guess it includes some writing, but is mainly a picture book about dance hall dogs. I'm going to do the story and the pictures. We'll see how that goes.
Okily dokily dear friends. Time to get to the drawing board. Hope you are all well and that wherever you are on the spectrum of creating, you are more than satisfied with. Keep on being you - all others are taken.
Posted by Jan Morrison at 6:00 AM

It's been quite a year and I'm not surprised you might be a little burned out with it all. You're smart to spend your time refilling the well right now.

I'm glad you have two projects you are excited about. :) Have fun with the kid's book!

So NaNo didn't fire you up this year? Lots of people couldn't get things going. If they were to add Covid to life stressors, it would be more than moving or having kids. How it's changed our lives is crazy.

Sounds like you are very creative to me! It's nice to change about art forms and leave the writing for when the muse strikes. Or not. Your two current projects sound attractive and fun to me. Enjoy! And, happy holidays!

I got fired up for Nano, but my day job fired up too, so I got quite a bit written but didn't 'win.'

I know just what you mean about both a 'yes' and a 'no' answer to this, Jan. I think lot of factors go into what gives us energy and inspiration.

Happy to inform the success of Online Handbook of Industrial Engineering - 2019 Version - Narayana Rao A to Z 2020 Blogger.